Texas added yet another record number of new COVID-19 cases on Tuesday, as Gov. Greg Abbott urged people to wear masks and stay indoors whenever possible.

Originally posted by Jeremy Blackman and Jeremy Wallace for the San Antonio Express-News.

The state reported nearly 5,200 new cases, surpassing the previous high of 4,600 on Friday, according to a data analysis by Hearst Newspapers. The weekly rolling average hit 3,722 new cases per day, up from about 1,500 two weeks ago.

Infections have been surging across the state since Memorial Day and amid the reopening of business and recent police protests. Health officials say cases are particularly rising among young adults, who tend to have healthier immune systems than older Texans but are still susceptible to death or prolonged illness.

“We want to make sure everyone reinforces the best safe practices of wearing a mask, hand sanitation, maintaining safe distance, but importantly, because the spread is so rampant right now, there’s never a reason for you to have to leave your home unless you need to go out. The safest place for you is at your home.”

While the governor has sounded alarms this week about the surge, he has yet to mandate face coverings in public, or reverse any of his orders to reopen the Texas economy — bars remain open at 50 percent of maximum occupancy; restaurants can go up to 75 percent, provided they leave space between parties.

But Abbott has also warned that the dramatic increase in hospitalizations threatens those previous orders. There were 4,092 patients hospitalized with the virus on Tuesday, the twelfth straight day of record highs.

“If those spikes continue, additional measures are going to be necessary to make sure that we maintain the health and safety of the people of the state of Texas.”

On Tuesday, the governor allowed local leaders to limit gatherings of 100 people and directed the state health agency to re-impose emergency safety standards that had been rolled back earlier this month on child care centers across the state. He has also authorized county judges to impose fines on businesses that don’t require their customers to wear face coverings.

“Right now the next couple of weeks are going to be critical in our ability to address those surges we are seeing in Florida, in Texas, Arizona and many other states.”

In Austin, Dr. John Hellerstedt, Commissioner of the Texas Department of State Health Services, used similar language, warning the public that the state is at a “crucial point” in the fight against the virus as the trends go in the wrong direction.

“Please, Texas, Let’s heed the wise guidance that the governor has laid out.”

Dr. John Zerwas, a key medical adviser to Abbott during the pandemic, has requested workers in the medical field to add their names to a volunteer registry in the event hospitalizations continue to climb.

“Anybody that’s in the health care field that would like to put their name in there so in the event we need to start drawing on volunteers for additional efforts, this is the time to do that.”

Dr. John Zerwas, a key medical adviser to Abbott during the pandemic

Other key Republican officials have intensified their messaging as well. Texas House Speaker Dennis Bonnen, R-Angleton, issued a statement on Monday criticizing Republicans who are arguing that their freedom is in danger because they have to wear masks.

“It’s time to stand up to the mask naysayers who speak loudly but act irresponsibly as they destroy the liberty and freedom we ALL deserve.” 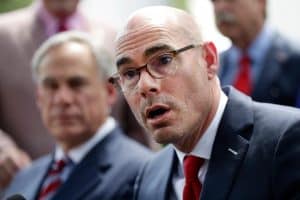 Speaker Bonnen “infuriated” with those who refuse to wear masks, says the expression of freedom could “kill” thriving economy 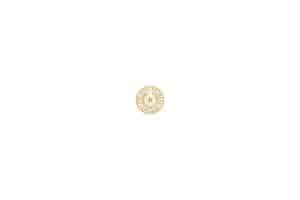 “It’s time to stand up to the mask naysayers who speak loudly but act irresponsibly as they destroy the liberty and freedom we ALL deserve.” —Speaker Dennis Bonnen

Gov. Abbott warns COVID-19 is ‘spreading at an unacceptable rate’ in Texas

During his Monday news conference on the state’s response to the pandemic, Gov. Abbott used COVID-19 hospitalizations, positive test rate and new cases to highlight how Texas is trending in t… 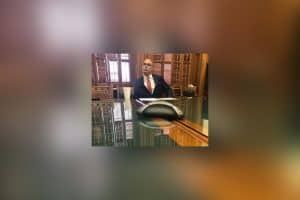 The Republican who leads the Texas House says some of the same people clamoring to reopen the economy are the ones who refuse to wear masks in public. 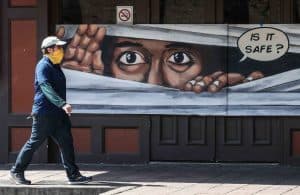 They wore the uniform. You can certainly wear a mask.

As we honor our nation’s fallen heroes on this Memorial Day I hope that all of us will embrace their willingness to make a similar sacrifice, even if ours is proportionately tiny. 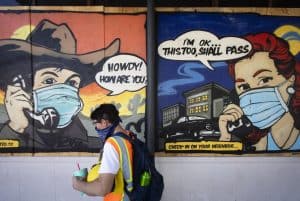 For some, forgoing masks in public during the coronavirus pandemic has become a political statement

Mask arguments among Texans are occurring everywhere from retail stores to the highest levels of government. 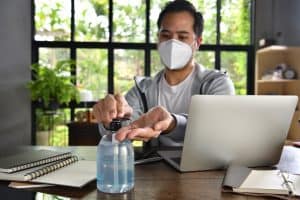 Get Texans Back To Work

I had the chance to discuss our state’s ongoing efforts to get Texans back to work while following medically-approved best practices including hand washing, sanitizing, social distancing and mask-wearing.

No, I’m not the Boss of you (and That’s not the Point)

For God gave us a spirit not of fear but of power and love and self-control. 2 Timothy 1:7 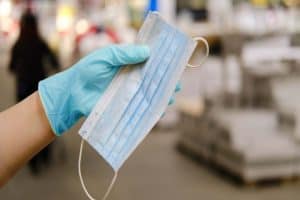 Speaker Bonnen Not Impressed After Visits To Big Box Stores

The Speaker of the Texas House says some retailers need to set a better example.

Facebook
Twitter
LinkedIn
PrevPreviousHouse Speaker Continues to Rail Against Those Who Won’t Wear Masks
NextSpeaker Bonnen “infuriated” with those who refuse to wear masks, says the expression of freedom could “kill” thriving economyNext

Next Up For GOP Playbook: The Progressive Fed Nominees

Biden Wants To Nominate 3 Progressives To The Federal Reserve

Why The GOP Needs More “Streetfighters” In Their Corner